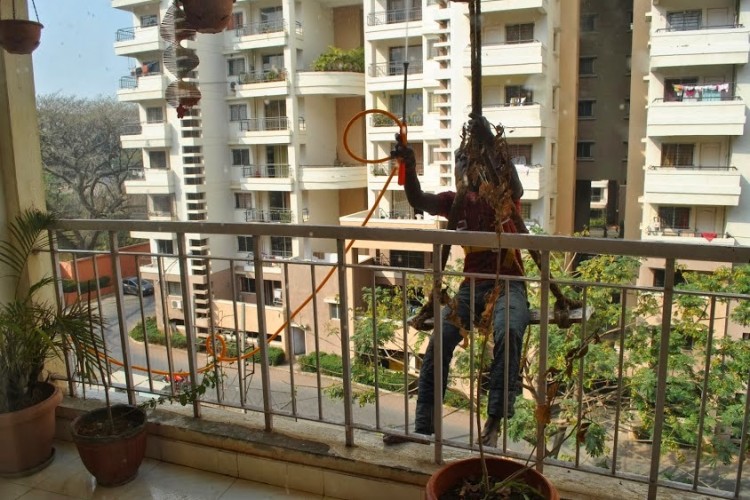 Its been a long time since I blogged. Things have picked up a lot on the Travel and Hospitality space at work. Plus the book on Ownership Transfer is slowly taking shape. However, what has really shown tremendous progress has been the repair and painting at our apartment complex. Out of the sixteen blocks, more than 12 blocks are completed. The entire complex is beginning to show a facelift. Yesterday my parents came over to our complex and the first thing they said was “this is beautiful. Lovely colours”. Those words make up for all the sweat and toil we have gone through.

This project has made me a better person. For long I have only run online IT projects. Running an offline project is incredibly different.  The residents in the society; more than 1200 of them, are customers, stakeholders and team members all rolled into one. Running this, has been a huge learning on leadership. How do you mobilise people to support an initiative that will take away your evenings and weekends? How do you motivate people to chip in, knowing fully well that at the end of it, you will mostly get criticism. As a society, we are good at highlighting things that have gone wrong. The good things are taken for granted. And of course one doesn’t get paid for this.

It’s been our good luck that we have had so many residents to volunteer. Some of the ladies literally took this up as a day job. I have seen some of them come out at 8 in the morning and going back home at 7 pm. Through the whole day, they look at what’s happening, where there are challenges, which resident has complained; who has not given their balcony for painting. We also need to keep track of the more than 95 painters in the society. Given this influx of additional work hands, we had to step up security in the apartment as well. 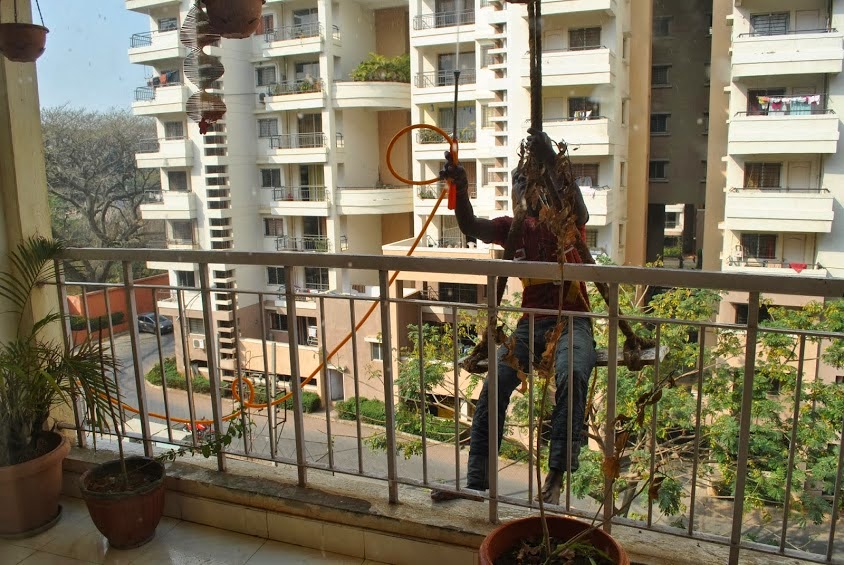 This is an intrusive project. We need to get into people’s homes. We need people to move aside their cars for painting the basements, and we need people to be careful when scaffoldings are erected to paint the top areas. Despite all measures we have had paint falling on four to five cars. These members were obviously livid. Getting the other 640 resident homes to agree to compensate these impacted few is no mean task. One can imagine the kind of conversations. “You should have taken care. Why should we pay for your mistake? “

Many residents had put up air conditioners through the common walls. These were projecting out through the external walls. As we painted, we had to get these removed. These are not easy discussions. Our champions have been doing a stellar job of reaching out to them, and getting them to co-operate.

And then there are those few residents who exploit the project. Some of them – a very small set bribed the paint guy to have some of their own personal stuff painted. It takes tremendous equanimity to forgive such things. I am personally invested in the project. This has been in the making for close to two years. And when you see such things happen, your blood boils. 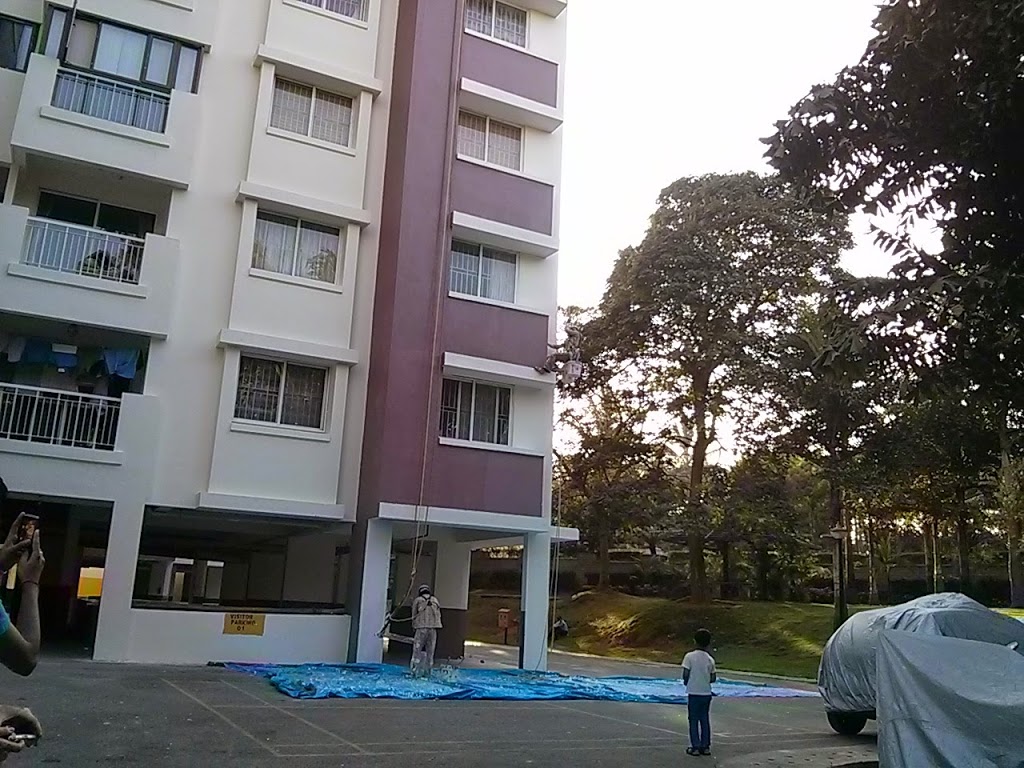 Then you have a set of folks who have bought the apartment, given it out on rent and perhaps never visited this place in five years. More than fifty percent of our flats are owned by NRIs. When the bill hits them, they have a number of questions. And a number of suggestions. Its a typical onsite-offshore situation. They don’t know whats happening on the ground. Provide insights based on their experiences in the US, Europe or far east. Which is welcome. But when questions turn around to “why should I pay” or “I will pay less as no one is staying there” – it becomes a completely different matter.  When I was the treasurer, we had a situation where a house was locked for more than five years and no one could track down the owners. Obviously the maintenance bills kept going up. Including the steep interest components, the bill ran into a few lakhs. They realised the bill amount only when they were looking to sell. The association said, we cannot support the transfer until the bill is cleared. I got a call from the owner and she was giving an explanation on why they should pay less. The conversation became like one of a customer and vendor. I told her, Iam not a vendor and am a resident of the community. I mentioned that the residents were suggesting we convert her house into a library as there was so much of unpaid dues and no one seemed to claim responsibility. That really brought home the point. Life here is different. You got to live here to realise that. 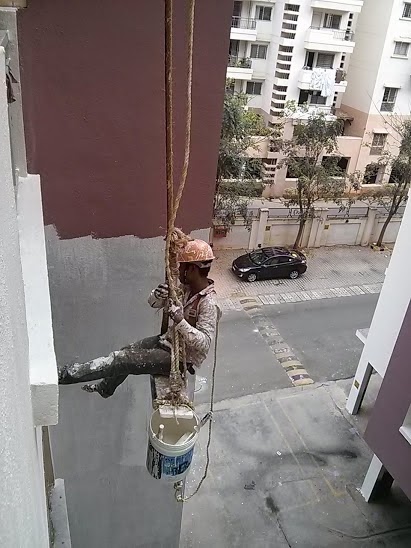 Managing vendors is entirely another story. We had a PMC, an applicator, the paint company, the house keeping staff and security. Handling all of these are very difficult. Complaints have gone thick and fast between vendor and residents. Some residents have taken umbrage when painters have asked for drinking water. We had minor issues when the morning news papers were not reaching the residents. The suspicion was the painters were picking up for their own reading. When you read such things, they look amusing. But only I know the number of phone calls and meeting time we have spent to address these types of issues.

Putting a process in place for these people is another matter. Information does not flow to all of them. We tried to bring in some form of a daily stand-up. We tried to institute some form of a definition of done. But, alas – in most places we have a 95% complete situation. The vendor keeps asking for payment. We ask him to complete the snag list before he gets paid. He says, he cannot move forward as he is cash-strapped. This is a multi-crore project. So, his upfront investments are huge. The staff who work show a lot of churn. Not every one has done painting before. The quality differs from wall to wall and balcony to balcony. Some residents are nit-picky and some residents don’t care.

The tenants typically don’t worry so much. They just about oblige the painters to come in and have them painted. Some tenants don’t even want the balconies painted. But we are accountable to the owners.

People issues between the project management consultancy and the applicator has created major challenges. We have had to mediate between them. Ego clashes have been tremendous. I personally had a situation where, on the ground I had discussed with the applicator and PMC on a plan. After a week they came out and said, the conversation never happened and they never agreed to anything! Imagine, my consternation when something like that happens? We moved beyond those issues eventually. But the project has been tough on many people. A couple of key people from the PMC quit.

Payment processing has been a huge issue. We have been lucky in mobilising the funds. But with the lack of chemistry between the PMC and the paint vendor, we have seen delays in getting a right invoice. Sridhar (the other committee member) and I have pored over these invoices over several hours.
We need to. One of the previous measurement sheet had an excel mistake from the PMC end. We had used their calculations to project the budget. The last bill was higher by close to 4 lakhs. When we started looking into the details, we realised the PMC had made a calculation error. We obviously paid – because work had occurred. But from that moment on, we have been looking at the bills like a hawk. We re-do the calculations done by the PMC, and cross-verify everything. 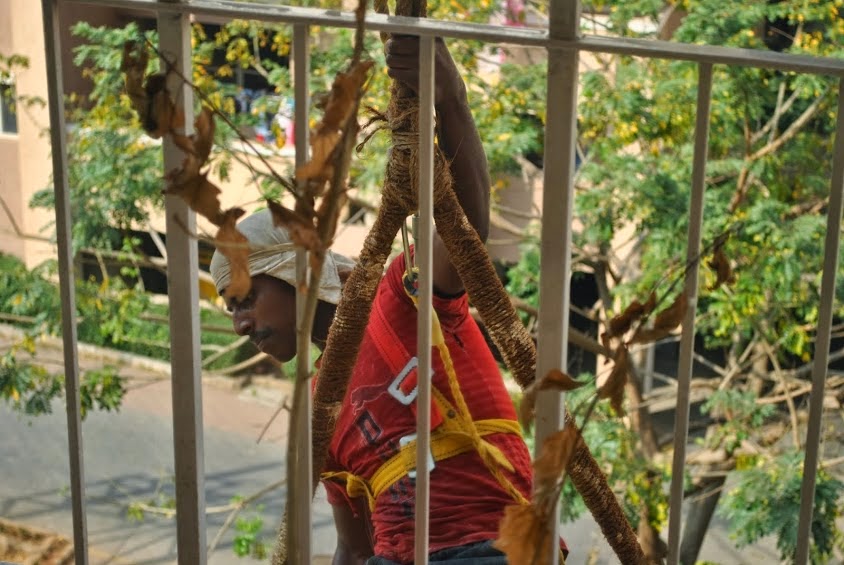 However, its been a huge experience. To see the transformation happening in the community is very satisfying. More importantly, it gives you an opportunity to know people. Today I have a lot of friends in this society who will watch out for us. One cannot put a value to that. Making friends and having a sense of belonging creates an unparalleled state of mind. Till a couple of years back, my wife used to rag me and ask “Do you have any friends outside of work? ”. Today I can confidently turn to her and say – “Yes, I do”.