A while back I had been to IIMK to give a talk on Technology. Preparations for the lecture gave me an opportunity to look back at how much life has changed. When we were students, in the early 2000s, not all of us had cell phones. Most of us could not afford bikes as well.

Incoming calls were charged. Some of our corporate executives used to carry pagers. How things have changed now? Every student had a mobile phone. Not just a mobile phone, but a smart phone. Every one had a data plan, 3G plans. Very soon everyone in India would have 4G plans as well. Most students had motorbikes as well. These are not considered a luxury any more. There were more changes. During our college days, we had about 3 personal computers in our hostel. Students had to book time to use those machines. Now the entire campus is wi-fi enabled. Students carry laptops. I got a laptop only after  six years working in the industry.

Phones often cost more than laptops today. In a sense nano is the new macro. It also goes to show how technology has become personal. Today’s applications are a lot more about consumerism. Two decades ago the focus of technology was in improving business processes and creating efficiencies. In today’s world the focus has shifted to everyday user experience which then feeds back and influences businesses.

Apple is a great example of this movement. Apple’s focus has  predominantly been on user experience and giving everyday features of user conveniences. As Apple devices became popular they entered the business landscape as well. A decade ago, there were hardly any enterprises that issued apple laptops. Today most large organisations offer apple products for their employee work purpose. Blackberry – the doyen of smartphones focused their strategy entirely on the business professional. Apple focused on the everyday user. And we know where each player stands today. Blackberry is closing shop on their hardware manufacturing.

Michael E. Porter and James Heppleman in their article on smart connected products  speak about the waves of IT. The first wave, back in the 1960s automated manual processing. Billing, order processing and of course the most complex activities of those days, enterprise resource planning.

In the late 1990s, the Internet allowed entire value chains to get optimised. Supply chain management is the daughter of the Internet. Independent entities could transact with each other digitally and enhance each other’s value. This phase saw the rise of e-tailing as well. In effect it created a flat world.

The third wave of IT is where technology is in the product itself.  Sensors, processors, connectors are all embedded within the product. This in other words can be called as the Tech at Core . This is also the age where computation power has seemingly become endless with the cloud. Storage costs have dropped dramatically. These have enabled the advent of Big Data.

There is a 4th wave that I anticipate over the next decade. It will be an amalgamation of boundless energy, autonomy and technology. As  technologies to tap solar energy gets more efficient, energy will become free and easily accessible the world over. Large tracts of the poor world will leap over traditional forms of energy sources to renewable sources. At the same time, autonomous appliances will take centre stage. We are seeing this already in the IT field with thousands of manual processes getting automated. Autonomous cars have already started plying on roads today. Drones may become more powerful and carry heavier loads. These changes impact not just businesses, but lifestyles as well. Just  imagine that 20-30 years hence one will not have to get driving licenses, because no one would be driving!

These changes have many facets to it and not everything is positive. While these changes bring in enormous convenience, safety and comfort to every day lives, they also put many people out of jobs. The rate at which machines are taking over people’s jobs is accelerating manifold. Today, the largest companies by market capitalisation are all tech firms. And they employ far fewer people when compared to oil majors, banks or automobile companies. Wealth is growing without the attendant growth in employment. Apple the firm with the highest market cap employs just 66,000 people. Compare this to General Motors 2 decades ago which was the largest firm. At it’s peak it employed 1.2 million people. This statistic is all the more worrying when you realise that we added more than 2 billion people in those 20 years.

Kodak at its peak had 145,000 employees. It’s digital ascendant Instagram today employs all of 18 people. 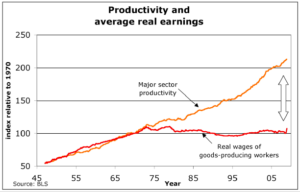 We are hurtling towards an ironical future where unimaginable convenience will be offered to a populace suffering deep penury. A future where data is cheaper than food. A world where a video call is easier accomplished than getting a glass of water. Watching the latest movie is easier than finding a clean toilet. The social ramifications of these technology breakthroughs cannot be overstated.

At the same time, these everyday conveniences if gone wrong can become life threatening as well. Hackers so far could only corrupt our data or at the worst steal our money. But hackers who get access to IoT devices can kill us. Security hence would become all the more crucial in this new world. 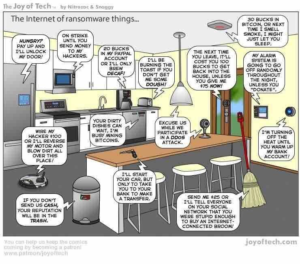 Nations across the world adopted 17 goals as part of sustainable development (SDG) in September of 2015. The top 3 amongst them are to eradicate poverty, kill hunger and ensure good health. Ironically, these were enshrined in the Millennium Development Goals (MDG) as well. Of course these time bound goals were never achieved. These have become direction setting now rather than time bound objectives.

Barack Obama recently mentioned that his successor will Govern a nation being transformed by Artificial Intelligence. It is certainly not lost upon the global leadership that there will be large scale societal problems coming out of such transformations.

The growth in technology is in stark contrast to our cherished goals of eradicating hunger and poverty. The world is getting increasingly segmented into ‘have nots’ and ‘have lots’.   One must tread with caution. People can go to any length for food and water. Technology cannot save us if our neighbours are desperate for food and water. It’s critical for the world to sit up and take note. There is a dire need to harness technology to solve existential problems.

By Vinod Sankaranarayanan with No Comments 0